How Have Pandemics Shaped Architecture?

As we live through a time of pandemic that is affecting the entire planet for the first time in a century or more it is important that as architects that we look at how previous pandemics have shaped the world. What can we do, as an architecture firm, to make the future a better one should other pandemics take hold in the same way as the coronavirus has this year? Pandemics have shaped architecture in the past, you can see it through the design of cities back when the bubonic plague was at its height, right through to outbreaks of yellow fever, cholera, smallpox and the Spanish flu. Will we see a dramatic change in the next generation of buildings, structures and urban planning as a direct result of the coronavirus pandemic?

If you go all the way back to the 14th century and the devastation that the bubonic plague brought upon the cities of Europe, you’ll see that almost a third of the continent’s population died. Although this in itself is a tragedy, it also forced the architects of the time into a rethink of how towns and cities should be developed, and after that period came the improvements in urban areas during the Renaissance periods. Out went the cramped living areas and appalling conditions in many urban centres (although by today’s standards they remained for a long time and still do in some cases), and in came expanded domestic areas, open public spaces and areas for leisure, quarantine facilities were built and professionals such as surveyors and architects began to be trained and come to prominence.

Fast forward to the 18th and 19th century and the problems that populations faced with cholera, yellow fever, smallpox and other outbreaks of deadly viruses and diseases can be seen to have a direct impact on how urban architecture was thought about and designed in big cities. This is the era where sewer systems were installed in major cities to help with sanitation, where suburbs were first designed and built to spread the population out from the inner-city slums, and where disease was more easily mapped and traced. It was also the time where wide boulevards and roads brought a grand calm to urban centres. 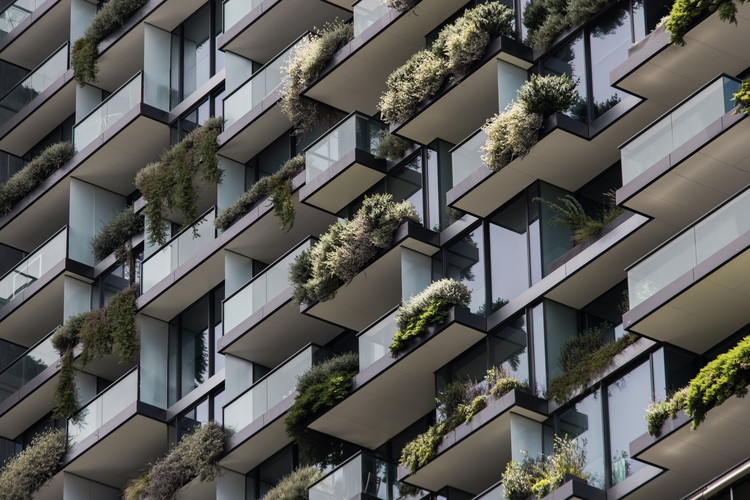 The drastic improvement in towns and cities across the Western world continued apace into the beginning and middle of the 20th century and continued out of necessity after the two world wars. With outbreaks of typhoid, polio, Spanish flu and tuberculosis, urban planning warranted the clearance of slums, reform of tenements and a proper implementation of effective waste management. This modernity would continue throughout the century to today, where we now face a new pandemic and a different type of problem to resolve with the need for social distancing measures that are effective and palatable for the population to willingly undertake.

Pandemics and disease always bring with them problems that urban planners must react to, but it is important to not be too far behind the curve as a proactive approach to anything like this is much more desirable than only ever reacting. That is why the best urban architects across the world are always thinking of new ways to improve the urban landscape and to make things better for the urban populations that make up such a high percentage of the world’s population. With the current pandemic and the problems with the environment the challenges might seem more pressing than ever before, but we have seen in the past how architects and urban planners have dramatically changed things for the better and we are confident that they will do so again in the future.

A designer needs to be creative in addition to technically proficient. He needs to be

Strategies For Selling a Mobile Home

Get yourself ready for purchase these days. I'm a full brokerage Realtor but additionally has

The need for Using Architectural Roofing Shingles In Your Home

If You Want Your dream Home – Get a Custom Home Builder.

Easy Ways to Liven Up Any Space

Are you feeling a little bit blah about your home lately? Are the walls starting

For More Flexible Business Options – Hire Machinery Rather Than Buy.

Everything You Need to Know About Keypad Door Handles

Keypad door handles are becoming increasingly popular, especially in commercial settings. But what exactly are